One of the safest places in Mindanao to go to when the world ends through a zombie apocalypse will probably be Blooming Petals Agri-Tourism Park in Tupi, South Cotabato.

Kidding aside, Blooming Petals Agri-Tourism Park became the instant talk of South Cotabato because of their beautiful and cheery sunflowers.

Social media became an instant virtual garden due to the sunflower craze brought by Blooming Petals.

The Agri-tourism Park opened their gates to the public at an entrance fee of PHP30 for adults and PHP20 for children last May 27, 2017 – the peak of the sunflowers’ bloom.

Blooming Petals’ not only displayed their spectacular sunflower garden but offered tourists to pick and to take home the sunflower of their choice at an affordable price of PHP50 per stem.

Blooming Petals’ isn’t just for show. They farm not only sunflowers but other produce such as bittermelon(ampalaya), papaya, petchay, succulence and many more. 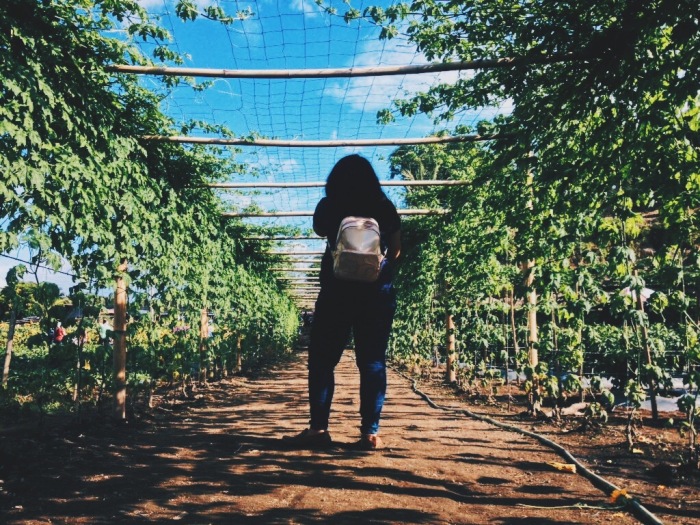 The land is vast and full of vegetation. It’s like the Facebook’s real life Farmville. The park opened every day at 7AM to 5PM since May 27, their grand opening, until June 16, 2017.

During an interview to one of their staffs, the park reached a peak of more than 1,000 people on June 10(Sat) and June 11(Sun). Who knows if they reached more on the previous and following days, right?

For those who missed the impressive sunny sunflowers of Blooming Petals, don’t be gloomy. The Park will have another batch of blooming sunflowers in time for Tupi’s Kasadyahan Festival on September. However, expect more tourists to come as there is a celebration in Tupi.

How to get There

The municapility of Tupi is a bountiful land for farming due to its humid and cool weather. This is the place where Mt. Matutum resides. Mt. Matutum is a dormant (but might be active) volcano where most hikers want to trek.

For this navigational guide, let’s make General Santos our point of reference as most tourists from outside Mindanao will be coming from GenSan because the available airport in South Cotabato is located in General Santos City.

When you’re in GenSan, go to Bulaong terminal to take a bus ride going to Tupi. Make sure that the bus you will be takings stops over at Tupi. Most buses that stops over at Tupi is a non-air conditioned one. I suggest you get the non-air conditioned buses for you to experience the cool country breeze that Polomolok and Tupi has to offer. The usual bus ride from Gensan to Tupi is PHP45(June 2017 bus rate). 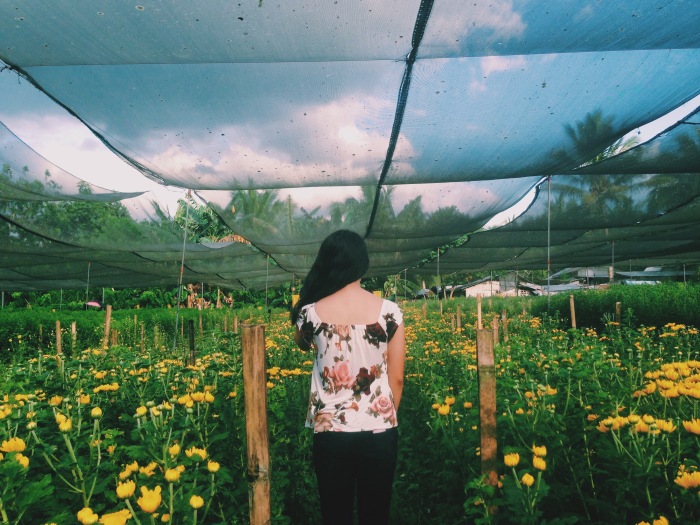 Fun fact: Every tricycle in Mindanao is different so don’t be shocked to find that Tupi’s tricycle is like Gensan’s “tricycad”.

A tricycle ride usually ranges from PHP 15-20. Going back to the terminal is the same.
I suggest that you visit Blooming Petals early in the morning where the sun’s heat is not scorching hot or when the sun is about to set, around 4PM. 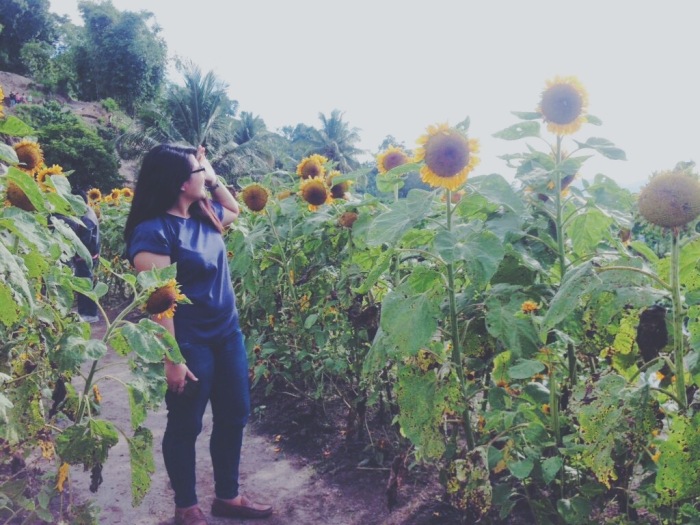 Going Back to Gensan

The bus stop closes around 6pm or 7pm in Tupi. So, if you’re unfortunate enough not to take a bus ride by that time, fret not. Along the highway, you can wait for public vans to carry you back to General Santos City. Their stop over is in KCC Mall of Gensan or in Gaisano Mall so you can drop by there and have your dinner after a great and cheery day.

How Much Will You Spend

Here are the list of the probable expenses incurred per person.

You might need to buy a bottled water due to the heat of the sun. I also tried their delicious and fruity passion fruit. You know, just to give me more passion. Their chocolate milk bar might actually cool you down so you might as well buy one.

You can buy fresh vegetables at the Blooming Petals or bring home a bouquet of freshly picked sunflowers at an affordable price compared to flower shops. 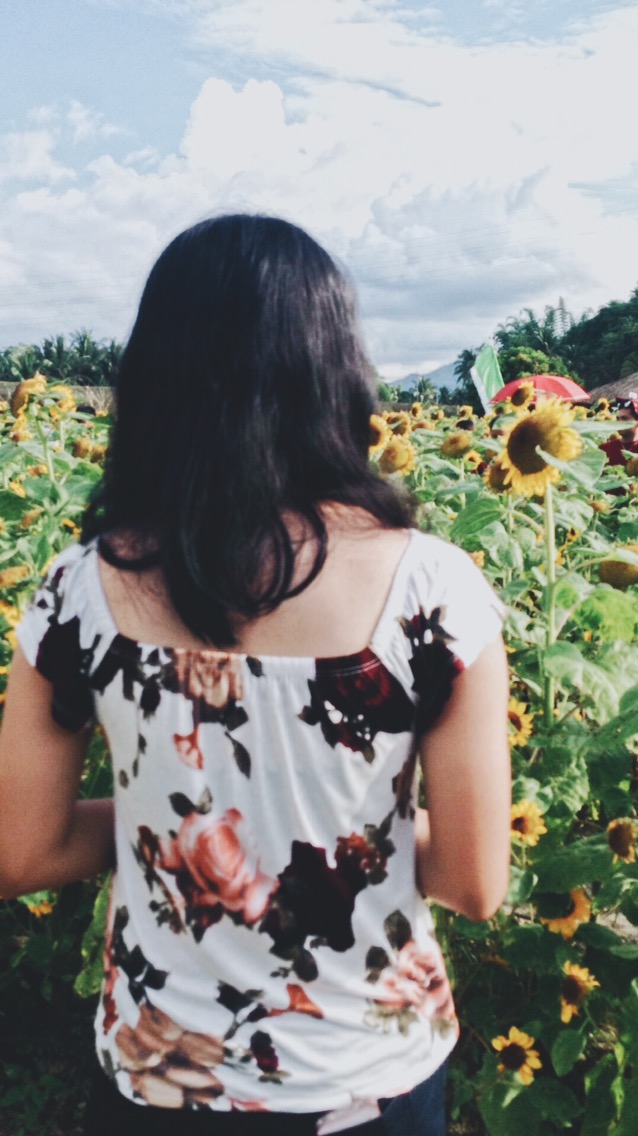 It was an impulsive decision as to how my partner and I got to Blooming Petals. I was on a ride home to Gensan from Davao when the thought crossed my mind.

Happily, mypartner was thinking the same. Around 2-2:30pm, we took a bus going to Tupi and arrived there at almost 4’oclock in the afternoon. We took a ride to Blooming Petals and was amazed at how there was a lot of people going on and about the place. 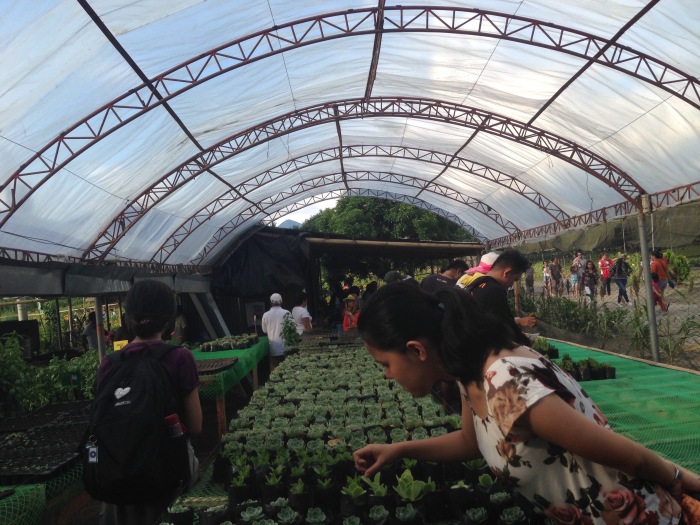 We couldn’t take that much picture due to a lot of people around the background. But we were fortunate enough to have our pictures taken while the sunflowers were still beautifully intact. The day after, my family went there and most of the flowers were almost wrecked already.

The place was hot because it was in the middle of the field without any shades so most of our pictures were images of us in a grimace instead of smiles. Maybe it was really beautiful as it first opened but it wasn’t as beautiful as expected. But mind you, it really was beautiful. It’s just not what I’ve expected. On my own opinion though, it was more beautiful than Cebu’s 10,000 roses and it brought more positive vibes.

I’m happy to experience such beauty in my life. For me, I would prefer sunflowers than roses. Not only is it beautiful, but its seeds are edible too. Go food!

I’ve seen bees humming all around the flowers, too and it made me very happy. 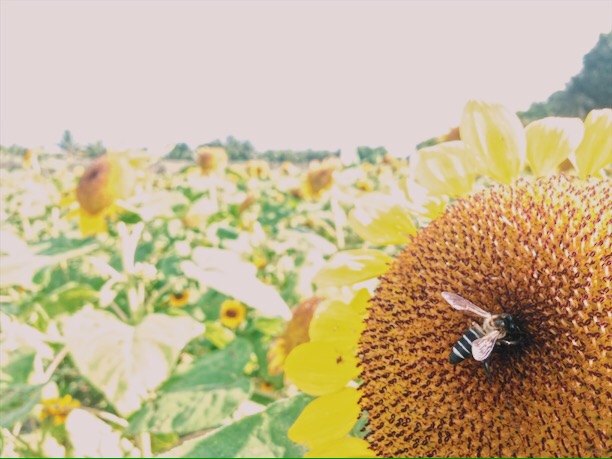 I’m excited to see the garden of sunflowers over social media again on September. Hopefully, people could witness the full glory of the sunflowers’ bloom on Blooming Petals’ next opening.

Published by The Voyaging Accountant